Glynn Nicholas Just him on stage

“It is quietly terrifying to watch Glynn Nicholas begin his new comedy show. He appears so likeable, so vulnerable and modest, that an audience is immediately on the edge of their seats praying for his success. But this master of poignant comedy needs no-prayers, his comedy narrative tip-toes beautifully through potentially dangerous balance of slow pathos and laughs.”
Sydney Morning Herald 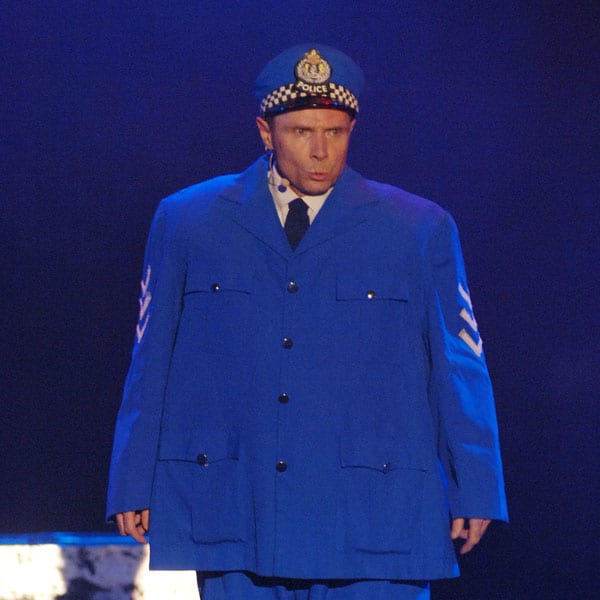 Over the last four years, Nicholas has established himself as one of the most versatile Guest Entertainers in the Australian cruising market with 2 quite distinct acts to suit a variety of conditions.

He has written, produced and performed 8 one-man shows and has also written plays, variety shows and musicals that have been performed in several countries including runs in London’s West End and New York.

This document focuses on Glynn’s stage shows designed for the Cruise Liner Market. He has 2×45 minute shows. A non-verbal show that works well for non English-speaking territories and a second spoken comedy show for ships with mostly English-speaking audiences.

He speaks English, German and French (quite well)

Observational comedy exploring subjects that perplex us all including long-term relationships, children, exercise, what happens as we get older, the silly things we do when we do when we board an ocean liner…amongst other things.

This show is very flexible and it can be adapted to suit the age spread and demographic of the passengers.

No “blue” material and safe for families.

Glynn finishes with a music bracket where he accompanies himself. Band not required.

This show is much more theatrical in feel than the average stand-up show and is better suited to the main stage theatre, although it can work in a “lounge” style venue also.

Glynn’s comedy routines have earned critical acclaim when performed in his one-man shows and he is renowned in Australia as one of the country’s finest physical comedians.

This show can only be performed on the main stage theatre as certain parts of the show require set ups that are hidden from audience view and where Glynn disappears into the wings.

Highlights of this show include:

The Flea – The Waiter – The Orchestra Conductor – The Bull fighter – The Jazz Singer – Robin Hood – The Skipping Rope and more.

“Nicholas must be one of the most versatile comedy performers in Australia.”

“Glynn Nicholas… an outstanding performer. He combines so many skills to create a show that is full of warmth and understanding yet sharp, well observed and very, very funny.”